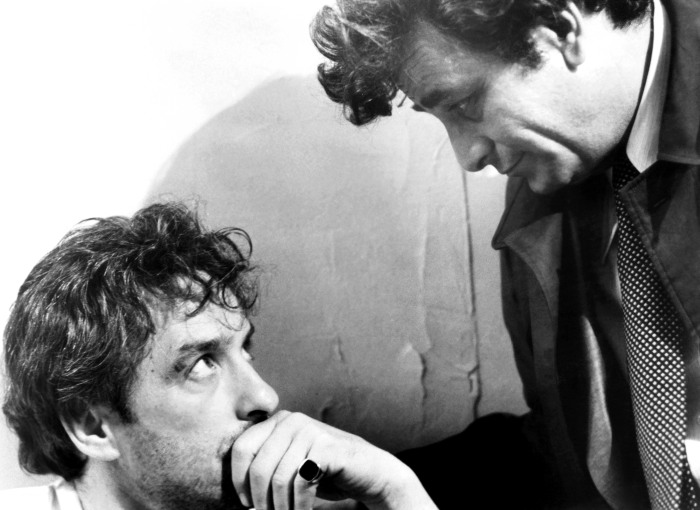 Probably the biggest and most personal project I’ve been working on for the past year is my book on Elaine May’s 1976 film Mikey and Nicky. Part deep film dissection, part behind-the-scenes chronicle, part memoir, part neo-mythological exploration of friendship and deceit, the book has been an exorcism of sorts. Since I first saw the film (roughly 10 years ago), I haven’t been able to get it out of my head. it’s taken on this role in my life–something like a lens that I use to examine the relationships I’ve had with male friends over the years. The good ones and bad.

During my research for the book, I spoke with producer Michael Hausman, actress Joyce Van Patten, distributor Julian Schlossberg, and a couple others about the making of the film and its legacy. Hausman was wicked generous and provided me with loads of never before seen photos, as well as a copy of his script.

This was not the easiest film to write about. The film is dark (very funny at times, but dark) and I had to live in that dark space for a long time. It’s a relief to be near the finish line.

Currently the book is in the editing stage over at BearManor Media. Barring any issues, they’ll be publishing the book maybe at the end of this year, maybe early next year. 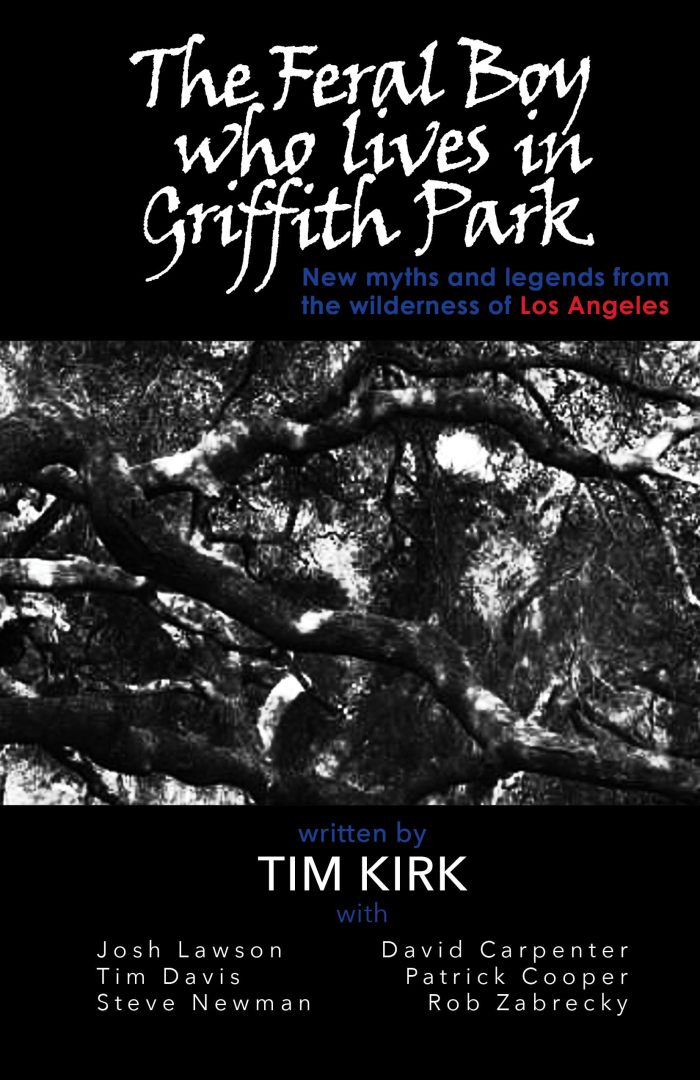 Wicked excited to say I have a short story in this anthology, The Feral Boy Who Lives in Griffith Park, put together by my pal Tim Kirk. I wrote this short “Carousel” about three years ago and it’s great to see it amongst such good company.

The book comes out July 6, 2019. Here’s the press release from Pelekinesis Press:

Tim Kirk writes and edits a collection of stories set in a world where “The Feral Boy who lives in Griffith Park” exists. The largest urban park in the nation, dwarfing New York’s Central Park by five to one, is the fertile ground where new myths and legends grow. A murderous Western Swing guitarist, a golf caddie turned tabloid writer, a pair of tweakers at their first parent support group, a suicidal father taking his last hike, and other stories span decades of life in Los Angeles. 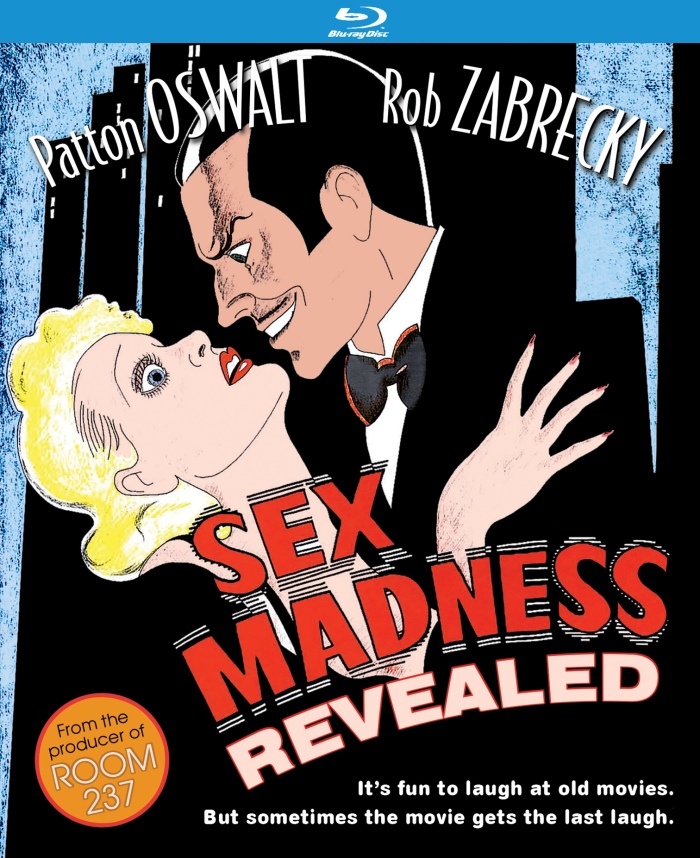 The strange little film I co-wrote with my partner Tim Kirk is hitting Blu-ray on May 7, from Kino Lorber. You can preorder it on Amazon now, though I have no clue why it says “2008” in the title. It’s also available on the Kino website.

Tim and I recorded a commentary track for it, so you can listen to me mumble-mouth my way through an explanation of the project. There’s a bunch of other cool features, including a seance conducted by Rob Zabrecky, which all blu-rays should include, in my opinion.

This was a wild project to work on and I hope you all dig it. 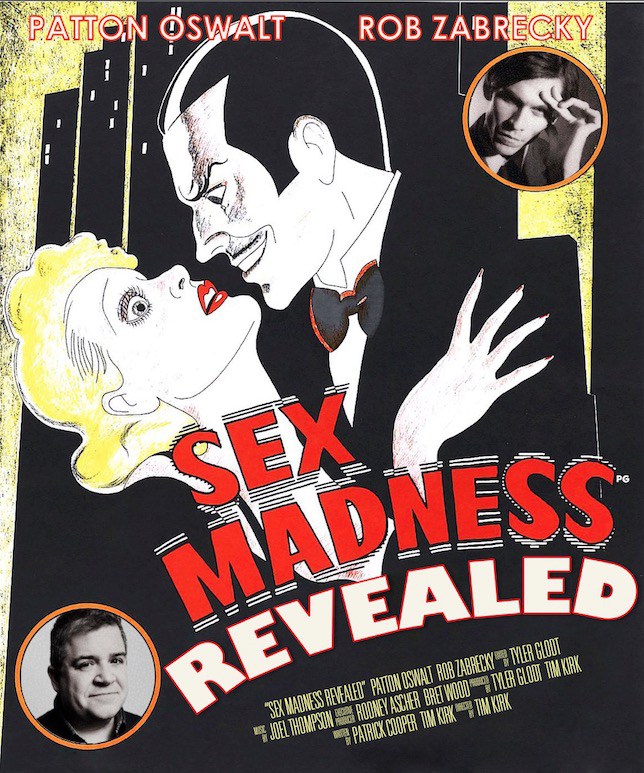 So this is some trippy ass, pinch-me-am-I-dreaming-? type a news. To put it plainly: I wrote a film with my good bud and creative partner Tim Kirk. It’s called SEX MADNESS REVEALED and it stars comedian Patton Oswalt and renowned magician Rob Zabrecky. It’s world premiering at the 2018 Overlook Film Festival this month in New Orleans. Holy. Shit.

To put it not-so-plainly, the film is a strange project that Tim and I have been working on since October 2016. It’s essentially an audio commentary that plays over the 1938 STD propaganda film SEX MADNESS. Similar to Tim’s DIRECTOR’S COMMENTARY: TERROR OF FRANKENSTEIN. Patton plays a podcaster and Zabrecky is the grandson of the film’s director. I also get a couple lines in there. Shit gets weird.

Got a new shortie up over at Story and Grit. It’s called ‘A Hanging.’ Thanks Story and Grit for having me. It’s a quality site with really fun, mainly southern fried stories.

I’ve got a new short in this wicked anthology, “One Night in Salem,” from the fine folks at FunDead Publications. My short “No Hopeful Verse” was in their previous anthology “Shadows in Salem” and I’m stoked they had me back for another go in The Witch.

I went to school there (Salem State University class of 2005) and lived there for a solid 12 years. Made some of the best friends of my life and met my wife there. I was without a vehicle (aside from scooter the last two years), so I hoofed it everywhere and got to know the streets well. One street I walked nearly everyday was Gedney – the wholly unremarkable home of the towering post office, a liquor store, and an alley, pictured above, where my story takes place.

The bluntly named story, “A Bullet Hole in an Alley Wall on Gedney Street,” is part tragedy, part supernatural revenge, part Halloween tale. And I hope you dig it.

Pick up “One Night in Salem” today.

Got a new short up at Dime Show Review called “It’s a Process.” Writing on a similar theme I did back in “The Sucker.”

Thanks Dime Show Review for having me! It’s a super sharp site.

It’s the first image on screen after the roar of the MGM lion fades away. A blood red background with white block letters reading “Metro-G oldwyn-Mayer presents.” That odd letter-spacing between the G and the O, it’s there. Most people probably don’t notice it, or maybe they only register it on a subconscious level, but it’s there. Once you notice it, it has a way of burning into your brain. Punching you right in the cornea. Drawing your eyes like a flaming car crash.

Why though? Its very existence contradicts the film’s title. Point Blank – a gun fired very close to its target. Why have that subtly curious image (that we’ll call the “Space” from here on out) be the first on screen? Why place the gaping chasm between two letters in a major studio’s name at all?

John Boorman is still alive as of the 50th anniversary of his avant-garde masterpiece Point Blank, released in the summer of 1967, so someone with the means could go ahead and ask him. Like his film, there probably won’t be an easy answers or a sense of closure. But still, that small and powerful breach in the MGM name serves to subliminally defamiliarize the audience with not only the studio itself, but also with what they’re about to watch for next 91 minutes. It lets you know that something uncanny is coming your way.

END_OF_DOCUMENT_TOKEN_TO_BE_REPLACED 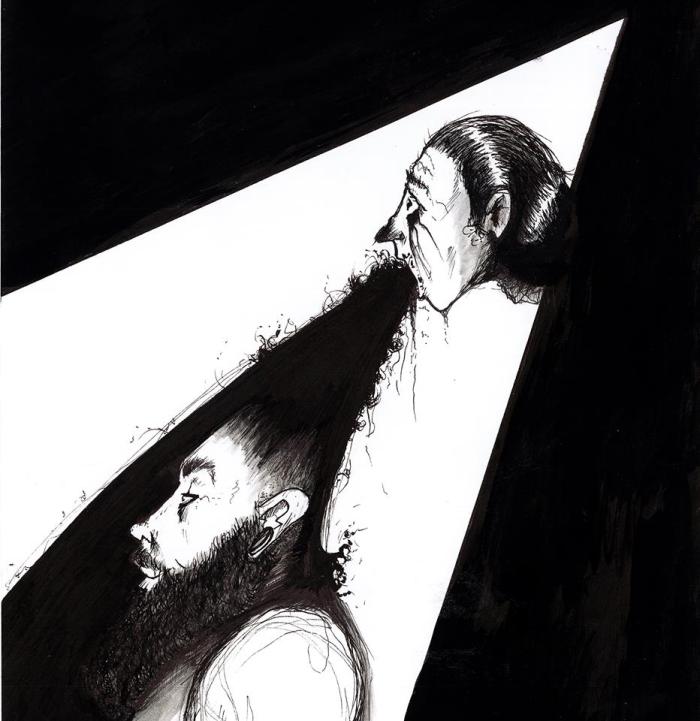 Ghost Parachute is a literary magazine where they pair stories with original art, an idea I really love. That’s why I’m thrilled to have my new short “The Most Metal Band Name You’ve Ever Heard” in their July issue. The original art for my short was done by Kaylan Stedman and I fucking love it.

Also, my wicked talent wife has a story in the new issue as well, “Low Country.“

Head on over to Shotgun Honey and check out my new shortie “The Sucker.” It was inspired by the “Collar Bomb” bank robbery that occurred in Eerie, PA in August 2003. I’m fascinated by the fact that the dude with a bomb strapped to his neck took a lollipop while he was waiting for the teller to give him the loot. What an unwavering sweet tooth!